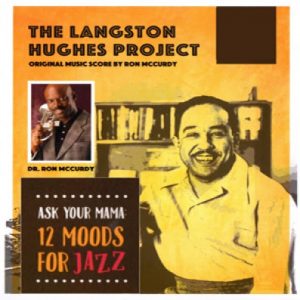 A joyous celebration of music, spoken word and visuals, The Langston Hughes Project is performed by the impressively versatile Dr. Ron McCurdy (as narrator and on trumpet) and his talented group of musicians (on piano, bass and drums) who make heads bob, fingers snap and feet tap throughout.

This soundtrack of the 60s has a message that resonates as strongly today as ever.

The Langston Hughes Project is a multimedia concert performance of Langston Hughes’s kaleidoscopic jazz poem suite Ask Your Mama which was his homage in verse and music to the struggle for artistic and social freedom at home and abroad at the beginning of the 1960s. It is a twelve-part epic poem which was scored with musical cues drawn from blues and Dixieland, gospel songs, boogie woogie, bebop and progressive jazz, Latin “cha cha” and Afro-Cuban mambo music, German lieder, Jewish liturgy, West Indian calypso, and African drumming — a creative masterwork left unperformed at the time of his death in 1967. 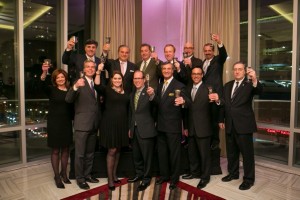